I’ve been reading a variety of print books lately, including Jacques Vallée’s latest published journals (Volume 3: 1980-1989), some rare writings of the late Bob Girard, as well as Whitley Strieber & Jeff Kripal’s latest effort. All of which (and more on my mind) get me thinking about fundamentals of UFO research and some of the earliest attempts at grappling with the mystery. Jacques Vallée’s first attempt is our Book-of-the-Week.

We say it each issue but … we hope you enjoy this newsletter and might consider supporting our efforts by Becoming a Member Today!

Check out this week’s Anomalous Headlines …

This is a classic work by a well known investigator / scientist / researcher that has been around for years. It represents the ‘old school’ if I may, style of Ufology, which is sorely lacking nowadays. Those were the days that a light in the sky (LIT) would be reason for me to run outside and mount a night long skywatch. No hints of implants, abductions, Roswell, Area 51, etc. I truly recommend this work for anyone who is just starting to learn about this forbidden subject (UFOs) and then take it from there, it will be worth the effort.

Here are some headlines of note for this week:Parapsychology: Quantum Mechanics of the Mind – MysteriousMatters.com 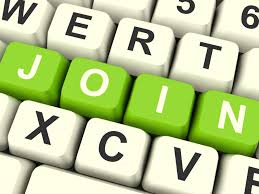 Membership Drive 2016
Would you like to check-out books from the Anomaly Archives lending library? Do you want to help preserve the history of UFO (and related anomalous) research?

Then Become An Official Member TODAY!

We need your help to make the Anomaly Archives the Best Anomalies Research Resource in North America. Our goal is to become a significant repository of anomalistic research materials.

Your membership will help support these efforts!

The best way to show your support is to become a member and to sign-up for the auto-renewing annual membership subscription through PayPal.

Membership is only $20 Annually

Thanks for your support!