70th Anniversary of the Birth of the Modern UFO Era 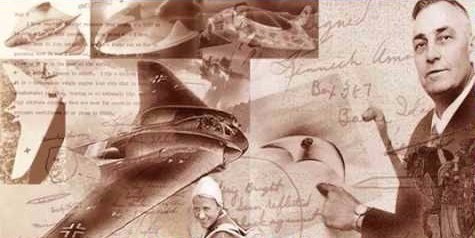 This week marks the 70th anniversaries of the two most seminal events in the birthing of the modern UFO era’s major myths: Kenneth Arnold’s sighting of a shimmering squadron of delta shaped objects over Mount Rainier, Washington and the crash of a mysterious ‘whatsit’ outside Roswell, New Mexico with alleged alien bodies recovered by the military. Both events occurred in the Summer of 1947, with the Arnold sighting cited as kicking off the American Flying Saucer craze and the Roswell newsflash only coming to prominence with the publication of The Roswell Incident (by Charles Berlitz and William Moore) in 1980.

I grew up believing in the classic myth of Roswell representing crashed saucers and pickled aliens scooped up and covered up by the US government but have since come to lean heavily towards the research documented by Nick Redfern in his two books: Body Snatchers in the Desert in 2005 and its recent follow-up, The Roswell UFO Conspiracy (May 2017). Both books detail a probable American project melding nefarious human experimentation with advanced avionics / nuclear radiation research. A sort of Project Paperclip (American importation of German Nazi scientists) meets Unit-731 (the Japanese version of Germany’s Dr. Mengele horrors) combining Fugo-balloons, unwitting human subjects (both Japanese and American), and Nazi Horten-brother flying-wing technologies. It’s a lot to take-in and no one wants to believe it but given the facts that we already know regarding each area of research (not to mention the CIA’s MK-Ultra sub-projects) it becomes all too plausible. Well, Nick Redfern is among the illustrious list of speakers presenting at one of two different UFO conferences being held in Roswell this year.

Given the sad state of UFOlogy this year (see our previous issue and this issue’s news headlines) it will be interesting to see what new information is presented at the two conferences being held. I will be attending the “Challenges to ET” conference hosted by Guy Malone that features Nick Redfern, Jack Brewer, Greg Bishop, Michael Heiser, and Joseph Jordan. I’ll also likely catch a speech or two at the Roswell Incident conference that is presented by the Roswell Daily Record newspaper which is set to feature presentations from Richard Dolan, Linda Howe, Nick Pope, Chase Kloetzke, Chuck Zukowski, Debbie Ziegelmeyer, Race Hobbs, David Marler, Marc D’Antonio, Alejandro Rojas, Courtney Brown, and Josh Gates.

So, if you are going to be in Roswell from June 29th to July 2nd, drop me a line at SMiles@AnomalyArchives.org and maybe we can have some interesting conversations-over-saucers!

You have undoubtedly come across news items alleging the discovery of a new mysterious body from Peru being touted as a mummified, possibly alien, body. Blogger and researcher Curt Collins (Blue Blurry Lines) writes:

“The remains of the dead should not be used as props for UFO promoters and entertainers like Maussan and Gaia. We’ve had the Star Child, Greer’s Sirius “Atacama Humanoid,” and when challenged about the BeWitness Slides, Maussan offered a bounty for the child’s body itself.
Forensic Anthropologists should be in charge of this kind of thing. Once the science is done, if there’s anything valid, share it with the world.
Until then, let the dead rest in peace. Don’t support the exploitation.”

I couldn’t agree more with Mr. Collins on this issue. You’d think folks would have learned by now, especially after the Roswell “Alien” Slides debacle promoted by Jaime Maussan and others fell apart in May of 2015. Yet the human will to believe continues, with many UFOlks looking for the next Smoking-Gun / Holy-Grail to prove their beliefs in ExtraTerrestrial visitation. For a more probable, down-to-earth explanation, see this Peruvian website’s investigation of this and other likely “manipulated artifacts.” (Hat tip to Sharon Hill of Doubtful News)

Check out the other great news links in our headlines section below.

Find all of them and more at our Flipboard page: Anomaly Archives Flipboard.

We’ve also got a great musical interlude this issue to satisfy the alien in all of us… the band Blur performing “Thought I Was A Spaceman,” live

– BOOK OF THE WEEK

This week’s book focuses on the man who some say…

“Made the World Believe in UFOs”

Check out our Book-of-the-Week below!

Blur – Thought I Was A Spaceman
La Musicale 2015

By the empty harbour
Where the junk boat phantoms float
The fight for happy valley
Sadly, the line broke

You again
You again

‘The Close Encounters Man’ tells the unlikely story of how the government’s astrophysicist debunker became the phenomenon’s most expert defender.

“If you’re jonesing for an extraterrestrial, you should check out The Close Encounters Man by Mark O’Connell. O’Connell, a writer for Star Trek: Deep Space Nine and founder of the UFO blog High Strangeness, set out to write “a UFO book people wouldn’t need to hide from other people.” He found his ideal subject in J. Allen Hynek, the astronomer hired by the United States Air Force in 1948 to debunk the reports of strange objects in the sky flooding in from across the country. Eventually Hynek broke with his handlers and became the first scientist to lend credence to the UFO phenomenon. The author of 1972’s The UFO Experience: A Scientific Study, he would go on to found the Center for UFO Studies in 1973, present a speech on flying saucers to the United Nations in 1978, and develop the “close encounter” scale that would inspire Steven Spielberg’s popular Close Encounters of the Third Kind (“a huge boon to his work,” O’Connell told me. “They shot a scene where the little aliens grab Hynek’s pipe from him and stick it up their noses, but it was cut down to a six-second cameo.”)

In telling the life story of Hynek, the “astro-beatnik,” O’Connell winds up with a stunning panorama of the UFO movement—from fringe conspiracy theorists to amateur astronomers to agnostic scientists—as well as its colossal impact on pop culture and modern science. I recently spoke with O’Connell over the phone about Hynek’s unique story of skeptic turned believer, the scientific study of the inexplicable, and what makes a good UFO witness.”

Read the rest of this interview with author and UFO researcher Mark O’Connell at the Source: The Professional UFO Skeptic Who Believed in Aliens – VICE by J. W. McCormack – May 30 2017

On the MUFON / John Ventre Scandal …

“Mark O’Connell, formerly an active MUFON investigator but also an open-minded critic of the organization has severed his ties with them over this series of incidents: UFO Fever.”

On Roswell & his debate with Don Schmitt …

“So, the other day I did a webcast with noted UFO authority and all-around nice guy Kevin Randle (you can listen to it here), in which we discussed the Roswell Debate I had recently with Don Schmitt. The debate, for those of you new to the story, took place at the Milwaukee Paranormal Conference earlier this fall. It was sponsored by well-known UFO and paranormal media outlet KGRA Radio, but after webcasting the debate live, KGRA has decided for reasons known only to them to reneg on their promise to post the debate on their website.”