We Wish You All A Happy New Year

Here’s hoping you all had a wonderful holiday season and that we all have a fantastic new year as we proceed into 2018.

The Jung Society of Austin have alerted us to Jean Shinoda Bolen’s free online webinar “Gods of Every Woman and Man” on January 24th and the chance to attend their local Round Table Discussion at Trinity Church of Austin on January 26th. The Anomaly Archives used to house the Austin Jung Society’s library at our original location within the Human Potential Center on Bert Avenue. Later their library moved into the same space that the Anomaly Archives moved into in 2009: INACS‘s “Nerve Center” MindQuarters up in North West Austin where we’ve cohabitated for the past nine years. For the past several years the Jung Society’s Nisley Lending Library has been located within the New Life Institute.

In honor of those past community collaborations I’ve chosen one of Jean Bolen’s past literary works as our Book-Of-The-Week!

Meanwhile… Welcome to Our New Location!

We’ve begun moving into our new location in the heart of Central Austin, downtown, at the corner of the north IH-35 frontage road and Lambie Street. We previously reported that our new suite number was 256, however, that is incorrect. The New Suite Number is 260! 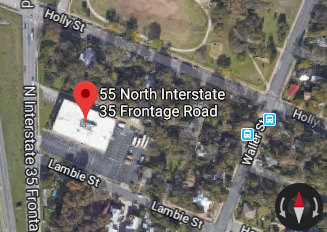 The Tao of Psychology: Synchronicity and the Self

Jean Bolen is a Jungian analyst and psychiatrist with several wonderful books to her name. The Tao of Psychology is the perfect introduction to the parapsychology of meaning where synchronicity imbues greater significance to coincidental events in our every day lives. The book is brief and easy to read. She captures Jung’s ideas of archetypes and the collective unconscious perfectly, encouraging what she calls the Agatha Christie approach to detecting and analyzing synchronicity. She adds an important intuitive perspective by developing Jung’s thoughts as they relate to the ideas of the eastern Tao and I-Ching.

“Synchronistic events are the clues that point to the existence of an underlying connecting principle. Whenever synchronicity occurs, the visible and tangible ‘ten thousand things’ are experienced as being aspects of the one, while the invisible matrix, that inexpressible, ineffable, unseen connection; the Tao, is the great mystery.”

Coincidences become synchronicities through a process identical to Jungian dream analysis. Symbolic interpretations are drawn when the patient/experiencer feels the connection of inner feeling and outer events. “Like a Waking Dream” we can experience existence as an aboriginal dreamtime:

Jean Bolen’s works are highly recommended. From her Goddesses in Everywoman and Gods in Everyman to Ring of Power and Crossing to Avalon. Her balanced perspectives are an asset to our future.

Got To: Anomaly Archives Book Page…

and does not indicate endorsement.]
Source: Anomaly Archives eNews 1/17/2018