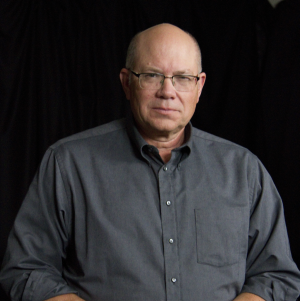 Paul H. Smith was recruited into Star Gate remote viewing psychic espionage program in 1983. During his seven years in that program, he studied under the legendary Hal Puthoff and Ingo Swann, served as a first-line operational remote viewer, wrote the official manual on controlled remote viewing, and taught CRV to new military remote viewer candidates.  Among his students are included now-famous remote viewers such as Lyn Buchanan, Mel Riley, and David Morehouse.  Paul has briefed and demonstrated remote viewing to senators, admirals and generals, and other senior military and government officials.  He is president and chief instructor of Remote Viewing Instructional Services, Inc., and is a founding director of the non-profit International Remote Viewing Association, of which he is president.  His book “Reading the Enemy’s Mind: Inside Star Gate – ­America’s Psychic Espionage Program,” was a Book Bonus Feature and Editors Choice Selection for Readers Digest.

His latest book is “The Essential Guide to Remote Viewing: The Secret Military Remote Perception Skill Anyone Can Learn.”  Paul is also co-producer of the acclaimed DVD-based  “Learn Dowsing” training course, and the “Remote Perception: Basic Operational Training” remote viewing home-study program.  He has a BA from Brigham Young University, an MS from the National Defense University (both in Middle Eastern Studies), and a Ph.D. in philosophy from the University of Texas at Austin, writing on consciousness, philosophy of mind, and philosophy of science.

My first interview with Paul Smith circa 2002 for Austin Para Times – am working on scanning this with OCR software so I can have a searchable text transcript. 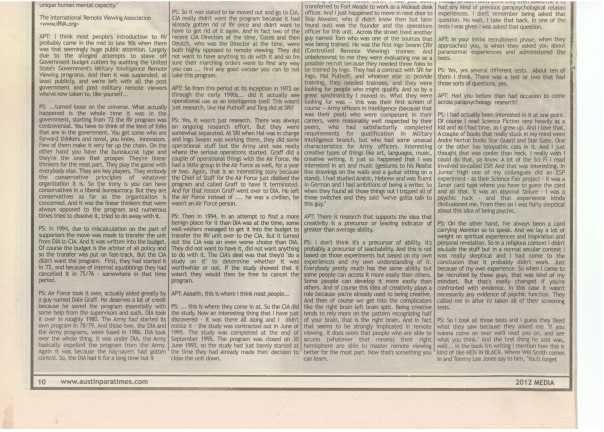 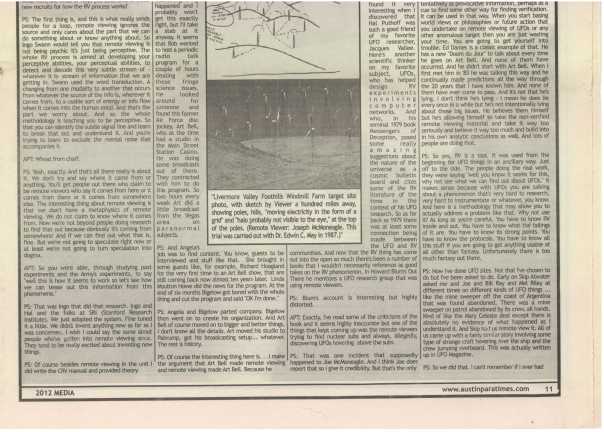