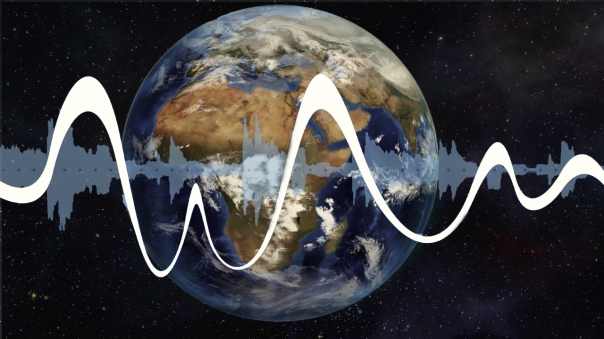 Websites focused on this phenomenon:

Reports from the 1970s recorded by physicist William R. Corliss, first one in Colorado in 1970, reported by T. Adams and a group of campers:

“Camping on the western slope of the Sangre de Cristos, northwest of Mount Blanca and south of the Sand Dunes, we heard the sounds in 1970. Two or three nights in succession, it ‘cranked up’ after midnight and subsided shortly before dawn. It wasn’t really loud enough to hear over conversation–but definitely sounded like a motor of some sort, with a suggestion of a dynamo-type whine to it. And others had said that it sometimes seems even louder with an ear to the ground. One could easily imagine the sound was coming from beneath the surface, but whether it did or not remains purely speculative.”

Another incident near Yakima, Washington in 1978 reported by fire control officers near the Yakima Indian Reservation:

“In September 1978 the sound of underground turbines or engines was heard at Sopelia Tower at the southern boundary of the [Yakima Indian Reservation] for seven hours (approximately 9:00 PM to 4 AM, September 3-4). According to [a statement by W.J. Vogel, Chief Fire Control Officer], the noise was like a ‘turbine’ or ‘unsynchronized propellers on a multi-engine aircraft.’ When let outside the lookout station, the fire lookout’s dog displayed anxiety, and the lookout felt barely perceptible vibrations under her feet when standing on a concrete slab. The lookout said she had heard the same sound during the summer of 1978, but always during daylight.”

“hypothesizes that the source of the Connecticut Hum is industrial rather than military, generated by a network of nearby high volume gas pipelines. The arrival of the Hum, Kohlhase argues, coincided with increased development of natural gas pipelines in northern Fairfield County, and the increased hydraulic pressure used by the Iroquois and Algonquin interstate pipelines that run through his corner of Connecticut could result in the non-directional, extremely low frequency (ELF) humming noise previously unheard in the region.”

State and local governments may finally be paying attention. Worried about the potential behavioral effects of the Connecticut Hum, Kohlhase dispatched concerned emails to state and local health officials laying out his research. Kohlhase was so persistent that he contacted Connecticut State Police investigators almost six weeks after the shooting at Sandy Hook Elementary School in Newtown, Connecticut, insisting that the Hum allegedly produced by nearby gas pipelines could have had something to do with Adam Lanza’s behavior leading up to the shooting. While law enforcement officials field a flood of calls from conspiracy theorists and pranksters following any major incident, investigators deemed the information Kohlhase provided “appropriate” for inclusion in the 7,000 images, audio files, videos and documents released to the public. 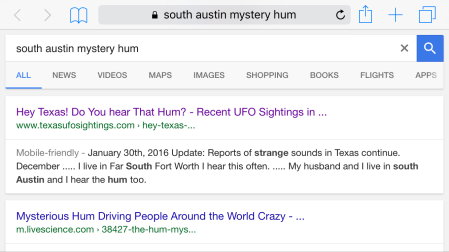